June 13, 2020
Jean Angel by Atul Mohite is a light, riveting, and fast-paced fantasy novel with a good dose of adventure. In the novel, Jean and Angel are two different personalities. The roots of the story lie in the kingdom Zesia, where the king Robert tortures and kills people for fun. Once a saint foretells that a man who can see what others can’t will replace the king Robert. This infuriates Robert and here after he captures people found talking in the air, probably with some invisible shadows or figures. These sorts of people get killed ultimately. 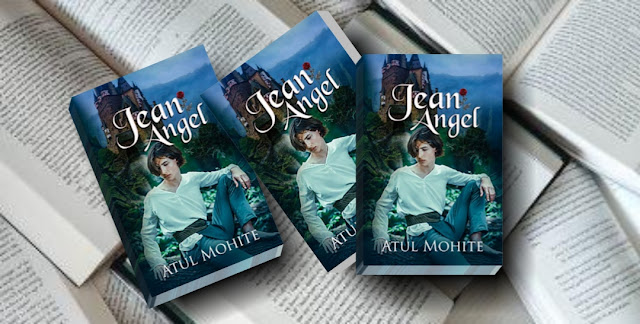 Tara, one of his queens, silently hates the king. When the king Robert was out, she got into an affair with a soldier named Shyam. From their affair Jean is born. For his safety from the king Robert, Shyam takes the baby to Kala Nagari, a rival of Zesia. There he hands the baby to a lady named Radha and then commits suicide.

Radha grooms Jean and live happily until confronted by Tara. Jean and Tara form a bond and begin exploring strange things about Zesia and that unsaid prophecy. It comes out Jean is that child with prophecy and ‘J’ scar on his chest. In all likelihood, he will replace the cruel king Robert. But that is a long journey, before that he needs to go under training and discover some secrets buried years before. His meetings with an angel are a bit funny but necessary to drive the plot ahead, as the angel is not visible to all, only to a handful of people that includes Jean.

How will Jean prepare and who all can help him? What will happen when he comes to know the reality of his parents? Will he be able to replace the cruel king Robert or put under attack his own province Kala Nagari? To know all, one must pick up this novella.

Without giving away much, it can be concluded that it’s one of its kinds fast-paced fantasy novel by an Indian author. Written in lucid language, since its release the novel has been into Amazon bestseller and competing with the likes of Harry Potter and Amish Tripathi books.
Another book by the author: Lucid Dream.