May 07, 2020
Lucid Dream by Atul Mohite is a work of unfeigned brilliance. Narrated in simple and coherent language, this short novel has the potential to lure the heart of millions of students and people like them who just while away their precious time thinking and planning for big dreams without realizing their true and inherent potential and interests. The subject matter of the novel is a highly discussed topic in every Indian household. The novel is built around dreams and reality that follows in the wake of failure and shattered dreams. 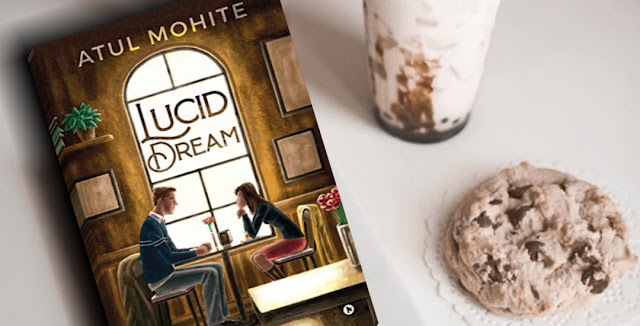 The novel features an absolute gripping tale of a student named Suraj from Pune. Like millions of other students his age, he too dreams of becoming an IITian but little did he know that he is consumed by a lucid dreaming than living in reality. It’s one such book that is not only simple to read but also quite engrossing. The book draws praise for its relevance in today's time. Atul has perfectly depicted that young and malleable age of the student where all think that some work and planning will fetch all of their dreams at one place. However, reality differs, but it takes pain and courage to accept it.

Getting more into the story, a close look reveals that Suraj tries to be a busy student. He attends junior college at SP College, one of the famous colleges in Pune, and for IIT coaching he has joined a very famous institute called Pinnacle Academy. Other than being ambitious about getting into IIT, he is really a master at chess, with several medals to his name. But the problem is that the society and his family don’t celebrate that much, for them scoring marks and getting into good engineering college is a higher priority. Suraj also shares a special bond with his father who happens to have a hidden dream.

Anyway as the story chugs ahead, we see a typical boyhood in Suraj – trying little to understand and busying himself for the sake of rat race. But somewhere deep in his heart, he begins feeling the heat of the decisions he made at the start of his crucial academic career. He also happens to have going around with a girl named Naina Arora. Since the book is about school students, a sort of typical innocence and mischief runs like banter in the backdrop. It was fun to see boys talking about girlfriends and especially Suraj loathed a guy named Aditya for having a ravishing girlfriend. Suraj never approved his mannerism and attitude to have a girlfriend. More than Suraj, there were others who were shocked – that part was pure fun and filled with innocent misdemeanor.

The story is more, it never gets confined in the school premises. What? Will Suraj and Naina turn out a good couple? What results will Suraj see in 12th and entrance exams? What influence the concept of lucid dreaming is making on him – will he be a changed person or the same? What is that book about that Suraj decides to write and for who?

The novel is laced with a healthy story but almost each chapter triggers the knob that turns readers into something unexpected and unexplored. This book has a deep meaning in every one’s life because at one or other point of time it was lucid dreaming that kept us close to our anticipation but far from our destination.

A brilliantly penned down novel… each effort is worth with this wonderful novel. It’s for sure that whosoever picks it up will going to have a roller coaster ride. A highly recommended novel!
Best Buy from Amazon