Book Review: The Woman on Platform Number 8 by Ruskin Bond

May 02, 2017
Arun, a young boy of twelve, arrives alone at Ambala railway station in the evening to catch a train for his boarding school. His parents are of opinion that he should travel alone as he is a grown up boy. The train is scheduled to arrive after a few hours, so he is waiting at platform number eight. He is busy watching the activities taking at the station. Soon he feels bored and struggles to pass his time. All of suddenly, a sweet and gentle voice asks whether he is alone. He looks back and finds a woman in white sari, her face is pale and her eyes are dark but brimming with kindness. She is a stranger to him but he likes the tenderness and kindness she posses. Next, she takes him to the dining room for snacks. 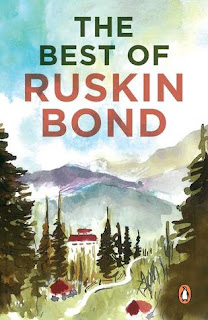 When they come out, the woman holds his hand tightly upon seeing a boy his age crossing the railway track while the engine is shunting. Arun notes her face expressions, which suggest that she is extremely careful towards children, her gaze follows the boy till he safely cross the railway track and disappears in the crowd.

After some time Satish appears at the same platform with his flabby mother. Satish and Arun study in the same boarding school and are classmates. To Arun, Satish’s mother sounds dominating and a bit haughty. She asks whether the woman with him is his mother. Before Arun can come up with any explanation, she says yes. Arun is amazed by her response and grows fonder of her. Satish’s mother keeps lecturing about strangers, travel etiquette, and other precautions. But Arun does not like any of her advice and says bluntly that he likes to mingle with strangers.


Once both the boys board the train, Arun takes the window seat and innocently stares at the woman thinking about all the motherly affection she showered on him. When the train begins to rattle ahead, Satish says goodbye to his mother, and at this moment Arun overwhelmed with emotions says – good bye mother.