Book Review: Sparrows by K. A. Abbas – A Story about Hidden Kindness


K. A. Abbas was a master at writing short stories, presumably influenced by O. Henry. His work presents a different picture of India and is mainly based on humanity. He was the contemporary writer of that colonial India when the cinema used to run in black and white. Reading K.A. Abbas means exploring the old culture of India.

‘Sparrows’ is a brilliant short story. Once, the story ‘Sparrows’ was conscripted in the world’s best stories along with ‘The Lost Child’, written by Mulk Raj Anand. 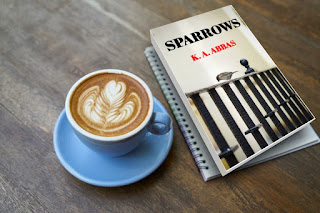 A bit about Sparrows

Rahim Khan, the protagonist, is a stolid figure, almost devoid of emotions. He lives alone and the whole village is fearful of him because he brutally beats children and men on slightest pretexts. With time, he has grown so obtrusive and rough that streaks of humanity have left him. Why is he like that?

During the magnificence of his youth there was no one who could compete with him in the wrestling and other sports. It's his deepest desire to join Circus folk. In addition to that, he was also in love Radha, a Hindu girl. He being very true to his soul wanted to marry her; however social and religious barriers slyly ended his love affair. Since then Rahim Khan turned against his society to where he's very much part of it.

At his parents’ behest he marries a Muslim girl. Soon, a drastic but dark change takes over him. So he tortures his wife and sons to such a degree that they all run away. One rainy evening he discovers a nest of young sparrows, at first, he wants to destroy it, but traces of hidden kindness stops him and he begins feeling captivated by them. Being in acute solitude and loneliness, he likes their chirping and often talks to them. One rainy evening, he feels the privation of the drenching sparrows and then like their savior he repairs the nest while allowing himself being drenched in the rain for long hours. Next day, Rahim Khan dies of fever. Though Rahim Khan's fear to the villagers was true, but it was his humanity that saved the lives of sparrows at the cost of his own life.