No Dead Air by Larry Rifkin is an engrossing career memoir of the author. Larry chronicles the events of his life associated with radio and TV hosting and broadcasting. Owing to his father’s legacy of radio broadcasting and hosting, the child Larry of 1960s was considered a radio brat. He had that radio legacy lineage running so deep in his blood, also his father’s influence on him was so much, that he couldn’t think of any other career. He was reckoned himself as a ‘radio station born’. 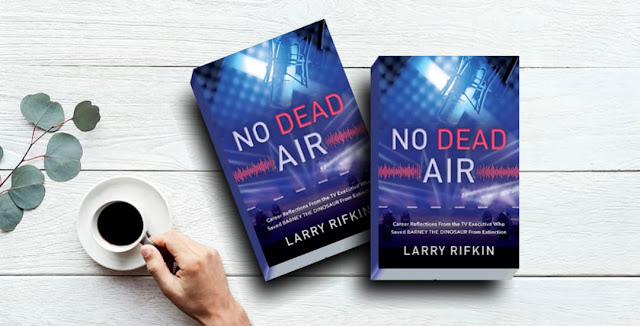 The title ‘No Dead Air’ at first sounded confusing for people not much into radio and TV broadcasting. However, as I Googled it, I got it’s about silence that falls during a radio or TV show. The more I chugged ahead with the book, I found ‘Larry Rifkin’ a person full of media wisdom, personal stories, and anecdotes from his radio shows where he was either a host or associated with programs. Down the memory lane, life is like a trough and crest of bitter sweet memories. Larry’s indulgence and involvement with broadcasting journalism is a tale of passionate fervent…he defied many rejections and let downs but didn’t give away his aspirations.

A few first chapters cover his life as a kid, child, and college student, where he extensively lauded his father (Wally (King) Rifkin), who was an able program manager in Waterbury, Connecticut. As Larry narrates tale of his stints from the media field, he invariably sheds light on famous historical radio stations of the USA such as WWCO, WART, etc.

Barney was a super hit children's program in the USA. The book narrates the ups and down of Barney that was topping the chart when people could not think of anything beyond Disney. From children to their parents to Hollywood movie stars, all were in awe with Barney's success.

“Arnold Schwarzenegger catching up to Dennis DeShazer in an elevator as he was pursuing a Barney movie deal in Hollywood, and when told why he was in town, Arnold blurted out, “That is a big deal.”

However, Barney's fate with PBS wasn’t a smooth ride. It was Larry who saved it and brought it in Connecticut in 1992. He did extremely hard work to save it, so it became a legendary show as we remember it today.

Larry’s career memoir shuttles between tales and nostalgia of past and contemporary days…for instance in 2016 he was criticized for featuring a hilarious Trump impersonator who sounded as funny and weird as the former president.

“Where I would bring in a panel of my favorite Waterburians and invite conversation about the old days downtown and around the city. The phones lit up, and the memories began to flow. People wanted me to do it more often, but we had discussed the same city theaters, restaurants, and landmarks so many times over the many years of doing it that I thought twice a year kept it special.”

‘No Dead Air’ begins with a kid’s dream of following his father, in the mid course it brings alive the media struggles of Larry, and it ends with a heartfelt epilogue where Larry contrasts his views on the quality of content that goes in the media nowadays through smart phones.

It’s a different yet genuine read if you invest your time in anecdotes, success stories of people like Larry Rifkin – a true media enthusiast.

You may buy your copy from Amazon/Kindle.