Book Review – Master O: An Epic of the Future by Dhiraj Singh

Master O: An Epic of the Future by Dhiraj Singh is a futuristic suspense thriller with an exciting cast of characters. The novel is purely a work of fiction, laced with high-level imagination. Despite everything new in it, the core essence of the plot deals with political turmoil and chaos following some experiments went untoward. 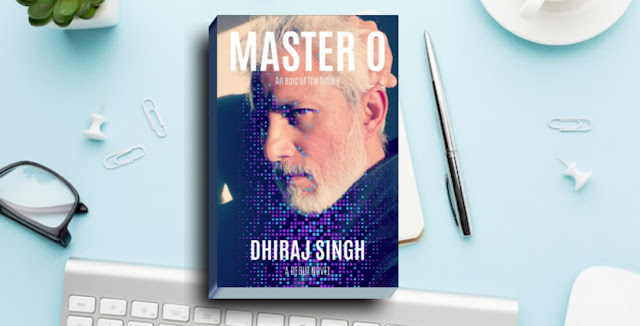 Though the novel has many characters who nudge its story ahead, yet Master O is matchless. He is charming. He learnt the deepest secrets of life that a normal human can never think of. He is like a godman with an ability to be present at many places at the same time.

The nation is struggling against them. Ibharis are led by I-42, a sort of Buddha Vajradhara, who wants to bring change in the world. They want to convey their messages and bring changes through the prominent figures of the nation like Master O.

And the prime minister of the nation seeks help of Master O to tackle elephants. The novel is poignant in bringing about the pain that animals suffer due to human race’s recklessness and unwanted experiences.

Master O is such a fabulous character that exudes engrossing philosophical approach on life. His characterization is apt, like a superstar, evident from his tenacity and views on everything. But he is far than what he looks – he holds the key to climax. Readers need to be attentive as to understand whether he is with humans or elephants?

There is a mix in the manner in which the author sketched characters. The novel is entirely different than the contemporary genres. Dhiraj’s control over language is superb. If you are bored of stereotype genres, try this novel. It will surely take you to some other world, transcending all sorts of prototypes.