The Cord by Sredhanea Ramkrishnan is a terrific page-turner novel. It casts the characters that are entwined in a common plight due to circumstances of fate. At one time, they were having common comradeship and brotherhood, but the partition of the country separated them for nation above their personal interests. 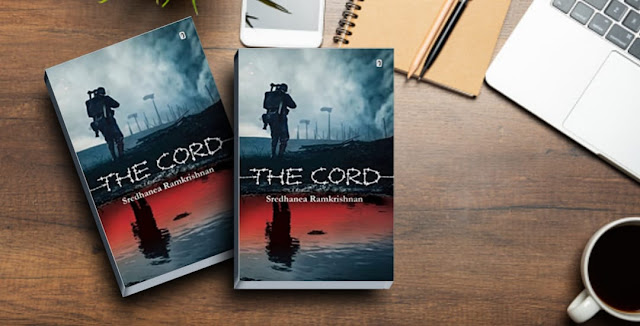 The novel is multi-layered with many subplots and its timeline expanse is large…i.e. before 1947 to that Bangladesh liberation war of 1971. The story begins with the division of British Indian Army for two countries – India and the newly formed Pakistan.

Major Ashraf goes to Pakistan with his family but his son Azad hides and remains in India. Why? That is another story within the novel. After the dreadful partition, the author introduces characters with their struggle and sweeps. Soon the story chugs ahead, leaving the trails of partition behind. Azad joins the Indian Armed Forces under the father-like guidance from one Hindu family.

On the other hand, Major Ashraf leads the front of the Pakistan army and his family longs to see their lost son Azad coming back to them…will that happen anytime sooner or later? The partition not only broke civilians but this novel shows how the army serving people also got affected with wounds that were beyond repair with passage of time.

Later in the novel, you will find it heartbreaking to see people facing each other at the border that once served in the same army, one side. But nation and patriotism is above family and memories. The same Ashraf who was once a part of the Indian Army, by a stroke of fate, comes face to face with his son Azad in the Bangladesh liberation war. Now what will happen? Can a father and a son fight in the opposite armies? What if they have to kill each other for their respective nations? A high drama ensues as the shackles of fate unfurls at every juncture of life. The novel is packed with drama, emotions, and military action. All aspects blend into one another quite effortlessly.

The Cord is a suspense thriller with the beauty of suspense living up to the last line. And when at times it reveals bitter truth of characters, you are sure to get sheer goose bumps. The unfolding of the story in sweeps and current narrative is worth the time and efforts. It’s a different kind of novel but anything…it sounds quite promising. There could have been many novels on Indo-Pak partition, but this one is different from the stereotype.