Kavi Rendalkar's Poetic World by Mr. Moreshwar Hari Kulkarni is a Marathi title. The book is a study on the famous poet of Maharashtra Kavi Rendalkar. The book tells the extraordinary life story of the poet who was born in a poor family in a village called Rendal in Kolhapur. 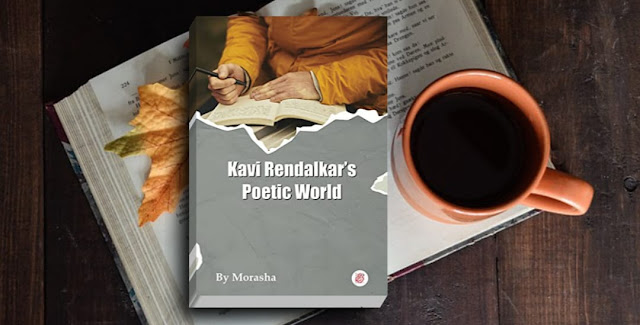 This book is edited and forwarded by Mr. Moreshwar Hari Kulkarni, who is the grandson of the poet. The poet's life was full of social, financial and family problems. However, nothing stopped him. He rose to being an eminent personality in the world of Marathi poetry and got love and affection of people.

The poet was short lived i.e. 1887 to 1920. His famous work involves Mandar Manzil in 1910, Mohini in 1913, Volume-I of poems was published in 1924, and volume-II in 1928. He pioneered the art of blank verses in Marathi literature. He was a social conscious poet. The book highlights many aspects of this poet. Kavi Rendalkar also worked with magazines and newspapers in 1912 in Bombay, and in 1915 in Pune. Across Maharashtra, there are many libraries to the credit of this great poet that promote the love of reading and literature among young readers.

The book is full of anecdotes from the poet and editor’s lives. In fact there are some good pictures as well. Mr. Moreshwar Hari Kulkarni is a socially aware and conscious person who longs to spread word about his noted grandfather – Kavi Rendalkar. The book opens a passage through which you can gauge into the spirit of the poet who worked non-stop till he got glory and satisfaction in his life. This book is a source of inspiration and one can do a research on this poet using this book. Written in lucid Marathi, for sure, this book will lift the spirits of many vernacular literature gems.

Mr. Moreshwar Hari Kulkarni hails from Narsobawadi, taluka Shirol, district Kolhapur. He now lives at Miraj in district Sangli. After standing first class first in 11th Board Exam of Maharashtra State (Gujarat + Maharashtra) in the year Oct-1959. He further studied up to Inter-Science in Willingdon College, Sangli. In 1962, the Chinese Aggression took place and he left the college and joined Indian Air force on 16th Feb, 1962. He retired from IAF on 21st Sept, 1987. Later on he was an Instructor in Aviation College at Pune i.e. Hindustan Aeronautics College at Baner, Aundh and Wings College of Aviation at Varje. Nowadays he is engaged in social activities.

Order your copy from Amazon/Kindle.