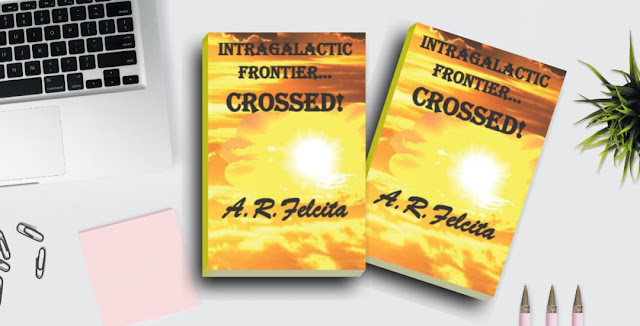 Well, the second book is all about Reans landed in some exo planet and there they have to start everything from scratch. They were used to Earth's water, fire, air, environment, and so on. But once they land on Arda (that is their world) they are startled to note everything queer about that planet.

This time with Reans community Richard also comes to help them. After travelling for 16 days in the space, Richard is fine and takes charge to help settle Reans on the new planet. However, nobody knows anything about the new planet, thus, at every step there is suspense and strange things happen with them for a long time. A few pages inside the book and you will get the hunch that the story is built from scratch, it has very less to do with its first part, and the author put a brilliant show of vivid imagination and skillful narration.

Richard and Reans find that no one lives on land. The planet is different from the earth in all aspects, there flowers and trees communicate. And a major chunk of creatures live underwater – that is their world. When Richard tries to find out the reason as why no one lives on land, it startles him. It has some connection with earthlings. Unlike the first part where Frank was the protagonist, this time Richard leads from the front. He vows to protect Reans. He confronts with Aatians, flowers, plants and creatures living underwater.

There are many obstacles that Reans need to surpass to make this planet habitable for them. Richard communicates with all and persuades all for peace and prosperity. At every juncture, there is either conflict or tussle. With time Richard wins all and eventually becomes the king of Arda but that is not the end. Some weed-like creatures invade the planet, Richard being a brave king fight against them. But in the process he gets wounded. Now what? There is no doctor on the planet? Will they take him to some other place? On earth Frank, doctor Ridim and Christina worries about Richard. Since his departure they were not able to make contact with him. People from both sides were eager to see each other…but how is that possible between two planets in the universe? Watch out for more…if you want to know the exact fate of Reans on Arda…kindly pick up this novel. As compared to the first part, this novel holds the story coherently; it has a lot of intensity and full of some different world. The author must have done proper sequencing to place this novel in accordance with the first part’s character and themes.

Like the previous book, this too is ‘easy to read’. The novel is fast-paced with interesting yet intriguing characters. On the con side, this story has too many characters that may confuse the readers in between, otherwise a good fantasy novel set in far- off space.