Puttli is a horror novella by Anuj Tikku. This book is way different from the normal horror stories as it is also about the life of Jesus Christ (JC). As we read the book, we came across Sushant Gupta, an archaeologist in his mid 40s. He lives alone in a jungle where he is busy in his current project of excavation. With him lives his servant Bhola. 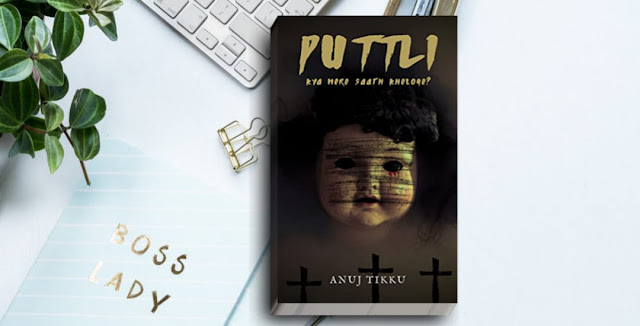 The story is mostly set against India and in between there is coverage of Vatican City and Pope. Apart from a fictional tale, the book marks the religious controversy as it is against the belief of Christianity that JC did not die in Jerusalem but in Kashmir, in India.

While excavating, Sushant and his team discover a church and human bones and a doll with one eye. On the back of the doll is written Puttli. After some research Sushant confirms that bones indicate that JC spent his life in Kashmir after Crucifixion. And the doll was made by him as he was a carpenter.

Sushant does not believe in religion and faith. He kept the doll with him. But his servant Bhola knows that the doll is a bad omen and may bring bad luck in and around. Sushant shuns off his ideology. The other façade of the novel deals with Pope’s influence on the Christian world. According to the Pope, 3 tombs of JC are in Jerusalem, and the fourth should be there as well. But Sushant’s report says otherwise. This did not go well with Pope. So, he sends one of his trusted men Jim Jones to India.

If you follow the story and read it completely, you will come to know as what happened to Jim and what was the real face and force of the doll Puttli. Say anything but the doll altered the perception of Sushant about religion and faith. He was forced to believe in the power of God.

Compared to other books of Anuj Tikku, this one is bit serious and off the track. It can potentially stir the controversy as it involves Christianity religion. The language is simple and easy to understand. However, there were many editing and typing errors that could have been taken care of.