Book Review: To the Survivors by Robert Uttaro 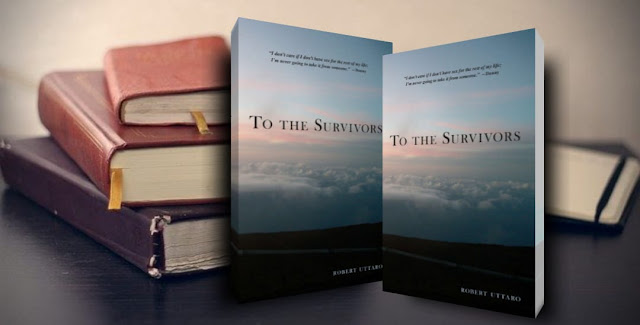 To the Survivors by Robert Uttaro is heartbreaking work of non-fiction. The author shares his experience of working as a rape crises counselor with one institute. He introduces us to many of the victims who were sexually assaulted for various reasons in the various forms. The book talks about mental torture, rapes, molestation, and everything that gives pain to another human.

Sexual assault is a serious issue that the world is facing but surprisingly there is very less coverage on it, be if from media or Internet. We are laced with technologies and living in a progressive state, but no one opens up when it is about rape or abuse or sex violence. People in India consider it as personal affair. They are timid to raise voice against the culprits, in fact in India every alternate woman has gone through violence and abuse pertaining to sex and molestation but they prefer to remain either silent or try solving secretly, because it brings social stigma to woman and her family members, while the culprit roams independently considering it a small misdemeanour.

People are casual about sexual abuse. They shouldn't be. This is a timely book on the issue and it should be mentioned at various platforms to create awareness about this curse. Sexual abuse is a big thing; it affects the overall well-being and mental stability of the victim. This book offers many stories from the victims, in the form of interviews, poems, short accounts, etc.  Other than being a story teller, the author urges the readers/people for behaving well with the victims. In the society, things work other way round. They begin blame game. It is indeed a black curse. To tackle the same, Robert brings out the concept of BLESS. It means:

B – Believe the person if they disclose.

L – Listen to that person when they need to talk, cry or scream.

E – Empathize with that person as best you can.

S – Support – support that person in whatever they need at the time.

One can learn the following aspects from the book that will make them more aware and open towards the victims if they ever come across:

Do not blame the survivors. If someone survived, support them. Do not turn the tables on. Blame the person who did the crime. Make a holistic society, not one-sided.

Even men and boys get abuses, some at very tender age.

Listen to their stories, do not pass any judgment.

Do not blame a survivor because of the clothes he or she wears. The clothes someone wears are completely irrelevant in every single rape that occurs.

Do not blame a survivor when alcohol or drugs are involved; there are plenty if people who rape sober and who are raped sober.

Do not blame survivors for being raped when they hang out with ‘that’ person. Many rapists are viewed as nice people.

Be sensitive, do not pass of jokes.

Survivors do heal. But it takes time. Give them time and space.

The book is about Robert's experience as a rape crises counselor. He met many survivors who felt strong enough to share their stories through this book.

Buy the book from Amazon/Kindle.