This is the first book in the Gamed trilogy; it’s a sort of adult romance. The story features Kristina, Smith, and Craig as major character. There are others as well, but in limited roles. Kristina is a young lady, successful at her career. She is married to Smith. Soon after the marriage to Kristina, Smith leaves for the UK for better job opportunities. Kristina waits for him in her hometown but to no avail. She longs for him and misses the pre-marriage romance. But after marriage Smith changes drastically. He becomes so career and money inclined that he takes his family and its allied values for granted. 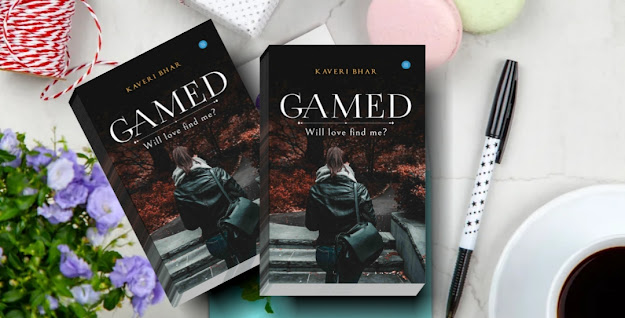 The novel focuses on post marriage life and what relationship facts one should check before getting married. Kristina’s biggest worry is the test of time, along with loneliness. She finds it hard to determine what is running inside Smith’s heart. Has his love changed for her or did he get along with someone else?

The author used flashback technique to rope in the situations perfectly. Also the ‘Sexy Diva’ involvement perfectly shapes the seeping loneliness in Kristina. She is indulged in a sort of hallucination or say soliloquy. Interaction between Kristina and Sexy Diva makes the novel more interactive and gives an angle of suspense.

Continuing with the story, Kristina moves away from her hometown to a new place for a job. There she meets Craig – professionally at a higher post – married and has a kid. He falls for her at the very first sight. Eventually, she too seeks his attention, but only the ‘return of Smith’ stops her, rather obstructs her. The author has brilliantly presented the state of a woman left in lurch after love marriage.

As the novel is built upon the theme ‘will love find me’, how would the author mete out justice to Kristina, and how would readers react to her proximity to Craig? The novel is quite contemporary in its stance and explores the value of love in modern relationships where career and money play a significant role.

Kristina is well adaptive to the new city and new colleagues and the new boss Craig. But the question remains, for how long will she wait for Smith? Why is he ignoring her? What actually happens between Smith and Kristina that their relationship of love is seeing no shore? Just like social and financial security, the bond of marriage too demands assurance. Will Smith come back or she will go with Craig? Pick up the book to know the inside story of three hearts.

The writing is simple and lucid, but emotions are perfectly portrayed. This being Kaveri’s debut novel, shines itself and readers will definitely await the remaining two books. The shuffling between two timelines has been blended beautifully. Characterization of a lonely woman after marriage is well-drawn and absolutely sounds mature. Those who love reading about romance and relationships will definitely find this book a treat to their TBR. A highly recommended novel!