Book Review: Faith and the Beloved by Kochery C Shibu

Faith and the Beloved by Kochery C Shibu is a riveting crime thriller novel set in the contemporary time. The novel has detailed character development and a rich dose of history when connecting all the characters in future. The story is not about one victim or person or a detective playing hide and seek with his suspects, rather it’s more about circumstances in life, and how some people take on that extra leap to fight for their beloved ones while trying to keep their faith on religion/god intact. 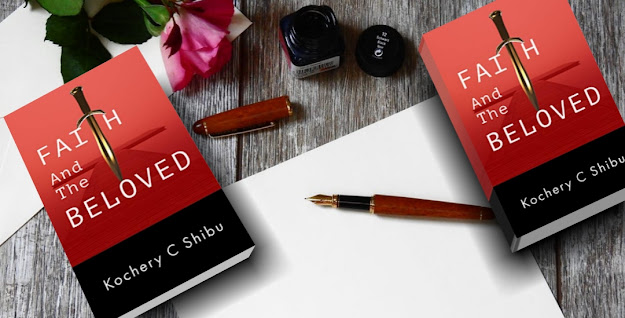 I loved how the author started the novel with fast-pacing yet descriptive family backdrop of Prem and Naithy. In Prem’s case, it’s his grandfather who got the curse on the family by stealing someone’s gold. And in Naithy’s case, her lineage goes back to far beyond 18th century and the time of Britishers in India, one of her ancestors got into tea business owing to a favour by a British man. Anyway, the author covered a lot from that time to when we see Alice Cherokil and Prem Rollands.

They are poles apart and there was no need for them to cross each other; however, it was Naithy’s (Alice’s mother) wrong pursuits, and Arun’s (Prem’s elder brother) deception that nudged them into a situation that could no longer have a good outcome.

This is one book that looks small but has large intensity and sweeping back stories. One cannot comment on without considering its backdrop events. Keeping it short, I would say that Arun and Prem draw attention of the mafia in Mumbai and they are on the run.

Naithy is a successful businesswoman. After losing her husband in Mumbai terror attack, she marries Tony D’Souza, a hulky smart model, also a Canadian citizen. Naithy falls prey to his charm and ended up becoming her sex slave. On the other hand, Tony was working for LTTE as a sleeper unit and was also involved with some other secretive terror outfits and into diamond smuggling. The story of Tony begins in 1983, when he loses his parents, and then being adopted by a Pakistani couple but based in Canada.

More or less, Tony’s role in the novel is catalytic. He is important but I found him without a life of his own, he was robotic – a sort of agent. He had no substantial consciousness and aspirations. Probably, he was brainwashed by others, and in the end it got revealed that Prem misguided him for crime by hacking into his system.

Anyway, there are crimes and dark aspirations that put one character into another. For instance, Arun and Prem rape Naithy in Delhi and thieves twenty lakh cash from her home. Tony was inclined to get funds for LTTE and other vile people. There were mafia gangs – Mia Sadiq and Bada Sahib lusting after a diamond deal. The characterization of Prem Rollands is indeed fascinating, he becomes a smart and larger-than-life character but his own silly mistakes and his lust to revenge for his brother Arun’s death gets him into bog.

On the other hand, Alice senses the evil intentions of Tony and tries to save her mother Naithy who is in coma post an accident. Alice keeps a step ahead from all and outpaces all till the end. The kind of suspense the book builds since midway is awesome and forces readers to interpret the next move. Things looked clear but as the novel races against the time, big and small revelations can make one fall for this crime thriller.

The story is mainly about Prem and Naithy, however many other auxiliary yet important characters get under the skin to deliver a perfect crime novel by an Indian author. The way the author inserted and linked Mumbai terror attack, hydro project in North East, and LTTE sleeper unit, was all a great amalgamation of situations and thrill that for sure have kept the readers on edge till they finish the last line.

A story worth time and money and remembrance! The only pitfall is the too much family history of Prem and Naithy, otherwise indeed a great novel.