April 11, 2020
The World’s Oldest, Most Powerful Secret Society by Anand Arungundram Mohan is a riveting fantasy novel that shuttles between two timelines. At the beginning of the novel, the story visits the King Ashoka’s kingdom. The author has re-instated that the king was inspired by the kingdom of Rama, hence he selected and sent nine men in search of great discoveries on communications, anti-gravity, time travel and much more. However, the startling truth is that those books were yet to be discovered or even if they got to be discovered well then it has to be done by very special and deserving class of people. Thus, all nine men took one another’s books and moved to hide those books in different parts of the world. From the same time, one man named Raza travels extensively to hide a book based on anti-gravity and he hides it somewhere in South India. This time is around BC era. 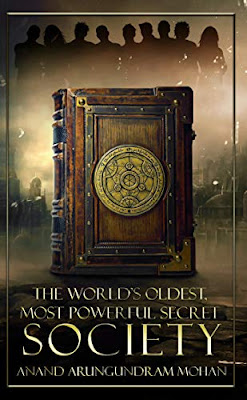 Fast forward, in 2006, nine children born in the same city – Hyderabad. They play and grow together. Unlike decent kids, they are rebels and love breaking the rules. Well one day, while playing cricket one of their friends Gopal dies instantly after being hit in the groin. Things change here after, the novel picks up speed and totally turns into an incredible fantasy, brims with missed adventure and magic and gossiping and children rivalry. After Gopal, eight children are left and they decide to bring back their friend. How and why… fills the rest of the narration. Pick up this book to know how did children get to a hidden book of anti-gravity and what next they have to grab to bring back Gopal and why were they so desperate to bring him back…is there any possibly back story or some dark secret.

As the story chugs ahead, the children take up the charge of the plot and it becomes unputdownable when they struggle for something amidst the new and unknown land of Pakistan. Will they be able to come back safely? Or what was the need arose that they had to go Pakistan without having permission and proper visas. How did they go there?

Keeping all the reins of narration lose, the novel turns out to be a great read without overlapping into each other’s sphere. The language is lucid with witty dialogues – overall it makes the story like a movie is going on before the eyes of readers. Despite some pitfalls the novel sounds so surreal yet fantastical in tone. It is a good effort by the author.