Book Review: The Songbirds by Alif

March 29, 2020
The Songbirds by Alif is a riveting contemporary romance novel depicting the plight of lovers amidst the chaos of the societal barriers. Due to its cultural and family settings, the novel holds a queer charm in its staggering narrative. This is also a coming of an age novel, where the protagonists grow and travel with passage of time, i.e. from childhood to adult age and beyond. It puts up an engaging family drama with the lead character Kasim’s quest alive for his perfect soul mate. 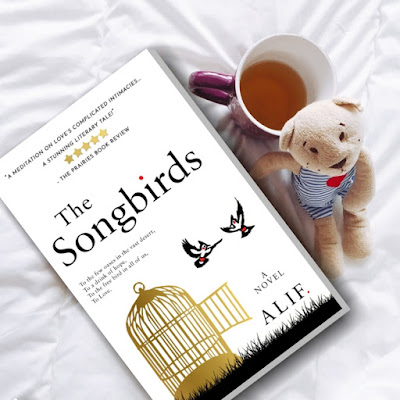 Other than the love story, the novel is also poignant in revoking the reminisces of old days such as one’s growing days in a joint family and college days fun and so on. The story features Kasim and Sumera. They both are associated to Bada Ghar (big house) and somewhat cousins to each other. Sumera is hardly two years elder to him, but Kasim falls in love with her. The author has used flashback technique to shuttle between the timelines, with credible back stories and sweeps.

Well, somehow Kasim manages to express his love for Sumera. She too reciprocated – they hang around only to know that their families are not supportive of their relationship. Kasim grows an obsession for her, but still moves to Bangalore for higher education and career. In Bangalore, he gets acquainted with Leela, things work but the image of Sumera never leaves his thoughts. From there on, he moves to London for a job, but his soul still searches and longs for her but their destiny isn’t that straight as they thought.

Anyway, time keeps flitting by…but the distance between them is still the same. It could have been a smooth love story but Kasim’s one mistake almost destroys everything. As the story chugs ahead, people look settled down, but their desires for perfect soul mate is still unquenchable. Not only Kasim and Sumera but also the inclusion of other characters, like Salma and Sandy and a few from the memories of Kasim’s Bada Ghar make this novel a riveting read. The book takes the stance on finding the soul mate and its value in making one’s life successful. Soul mates are meant for soul appeasing, not for running homes only.

It’s a brilliant novel on love and loss and redemption. Alif’s narrative is superb and backdrops of the novel are just incredible. For romance lovers, it’s as good as treat – just go for it.