Book Review: The Invisible Protectors by S. A. Khan

January 16, 2020
As the novel opens up, we see the female protagonist, Neera Singh, is spoilt for job choices, but before she could decide on her pick, she gets a call from a strange recruiting agency offering her a position irrelevant to her excellent academic achievement. After many rounds of discussions on this new job offer, she accepted to work overseas as an undercover agent wearing a mask of an Indian Foreign Services Officer. Her first posting was in Hong Kong, and while she was working to unearth a racket involved in shipping fake Indian currency, she gets to know Dr. Prakash Rao, working for the Indian Intelligence Agency as Head of Hong Kong operations. 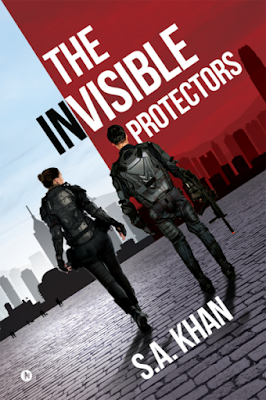 Soon both, Neera and Prakash had to work together, first to get the culprits who were pumping the fake currency into the country and then to investigate the truth behind the deaths of three agents, which were confirmed as ill-fated casualties. As you delve deep into the storyline, things become clear and follow a set line for solving the puzzles, one by one. In such novels, often readers' brood about the fate of agents. And this novel is no exception. Readers, at one point in time, will begin swaying with their adventures and would be stressed with the fate of protagonists – will they survive, or will they expose the villains behind the conspiracy, and is there any scope for their relationship to come to its logical conclusion? All answers crafted brilliantly in the novel.

Initially, for a considerable period, the novel is driven by Neera, and the author has done a commendable job by getting into the skin of a female, who is a pillar of mental and physical strengths, with the bonus of a drop-dead beauty tag. Dr. Prakash Rao’s character was charming, perceptive, and quick-witted.

The novel is packed with high-octane drama, action, adventure – just like the way it happens in Daniel Craig cast James Bond movies. The suspense, crime, drama, and thrill profusely blended into deliver a near-perfect novel. The writing is lucid, and the simple narration, apart from a few moot points, makes the novel a fast-paced page-turner. Putting so much internal information, the web of spies, aspects of national security to weave a tale of riveting climaxes and action-packed drama, certainly calls for expertise and experience from the author. And it has been proved. A highly recommended book for action and adventure genre readers!