November 04, 2019
Earlier Anuj Tikku would be a common face among TV serials, commercial ads, and movies. Many people have been known him, as he was into Bollywood for some time and gained good fame in less time. But do you know the inside story, as why he is not today so present there, what shook him, what put his life upside down, and much more? If you are curious enough, well, then his recent short novel – Yes Sir I Killed My Dad – will unfold all your curious questions. 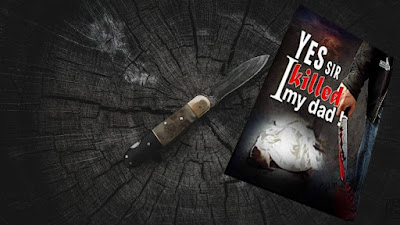 Narrated into a biographic tone, it is a terrific account of a son telling the story of his beloved father who got murdered brutally, and after that Anuj was framed for it. What could be worse for a son than that?

Let’s get a bit into the story. Like any other upper middle class family, Anuj Tikku was, too, a part of the happy living life. He was studious. Did his MBA and working for a big company. He was married as well. But soon his dream to make a place in Bollywood begin rattling his roots. Leaving Delhi and his family there, which consists of father, Arun, and his mother, he shifts to Mumbai and like any other typical struggler begins his journey in the city of dreams.

He succeeds to every one’s amaze! Behind his success, his parents buy a flat in Mumbai and joins him. But soon a train of unfortunate events begins, first his mother diagnosed of cancer dies. Then again Anuj alone for some time, living in that flat lavishly, at times with some friends, and renting the some part of the flat to needy ones and making money from them. His life ruined when he came in contact with Karan Sood, whose original name is Vijay Palande. But little did he know that Vijay Palande in the guise of friendship is lusting after Tikku’s property.

Arun Tikku, father of Anuj Tikku, begins living with him. On the other hand, Vijay Palande conspires the murder of Arun and to put the blame on Anuj Tikku, who was easy to frame owing to his drug addiction. Things seemed like working for the villain, and from here the story takes a riveting pace. Among all books of Anuj Tikku, this is a brutally honest account of the suffering he had gone through. Read the entire novel, to know the story in detail. It is a terrific and well-written book, well, at times, it seems like being repeated, but overall a good one this time. Kudos to Anuj.