Book Review: Until You Come Home by Mridula Bajpai

August 17, 2019
Until You Come Home by Mridula Bajpai is a powerful novel about love, war tales, family bonding, and sentiments and memories of lost ones. The narrative of the novel is done by a single voice. However, at its core, the novel covers two different stories and they are connected in more than one ways. 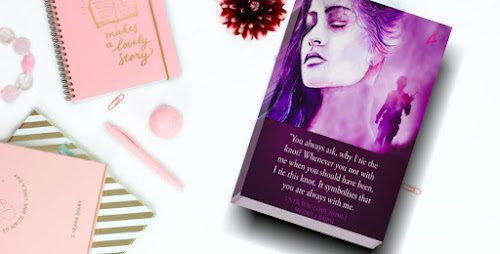 As the novel kicks off, we keep seeing the mentioning of Capt. Uday Sharma. The main narrator of the novel is Mrinalini Sharma. Well, Capt. Uday Sharma was the ‘Mama’ of the author. She lovingly refers him as Uday Mama. The strange fact is that Mrinalini never came across Uday. Why? But still, she keeps him throughout the narration.

Capt. Uday Sharma was very young when he joined the Indian army as an officer. Just after passing out from the academy, he was sent to fight the Chinese Army at Se-La Pass, in northeast. The time was of 1962 war with China. Unfortunately, due to some reasons, he could not come back home. What were the real reasons that he couldn’t come back can be known only and if you read the novel till end. In fact, this novel has revealed some shocking revelations about the 1962 China war.

On the other hand, people at home – sister of Uday (Mrinalini’s mother), parents of Uday all believe that he will come back one day. It is hard for them to accept any news that gives untoward indications. At the same time, we see the love story of Uday and Jaya. They were engaged. But when Uday didn’t come back, Jaya was literally devastated. It is sad to see the end of Jaya’s love – it sounded so pure and undefiled. When a soldier goes missing or doesn’t return home, how a family feels and become on the verge of devastation, is portrayed really well. Those who are from armed forces background can understand and relate the pain of Jaya and other house members of Uday.

The story of Uday runs in the backdrop like the silent wind. Coming out of Uday’s generation, we meet the story of Mrinalini and Dev Sharma. The second part of the novel has a successful love story of Mrinalini and Dev. Dev too is an army officer. They both first meet on a train and their love affair begins with time, gradually. Dev is posted at Kargil war zone, this proposition worries Mrinalini, as she still thinks that those who love someone and go to fight on the border do not come back. Her fear is built on the experience she noticed from tales of Uday Mama.

Overall, it is a good novel with two love stories and war tales in snatches. However, the author has stretched the love affair of Dev and Mrinalini beyond the needed extent. Instead, she could have shown more about the Kargil war zone. On the other hand, the novel succeeds in grabbing the feelings of those who stay back in the family at home and pray for the soldiers fighting at the border. Many families and loved ones hold back their plans and occasions and celebrations in the hope and wait of Until You Come Home. Narration and writing style of the author is way good.