April 05, 2017
Radhika Mehta is a successful lady. She earns well over a crore in New York with Goldman Sachs. She is into living relationship with one of her colleagues, Debashish, a mean guy yet her boyfriend. Their relationship is so far going good only needs a conversion into marriage. As she is so much career-oriented and perfectly settled in that Debashish refuses the marriage with her because he believes for marriage one needs a homely and out-of-career kind of girl and also he is less paid than her. He assumes that expecting homely things and the future that ensues after having kids is somewhat that Radhika will not be able to deliver. He walks out of her life. 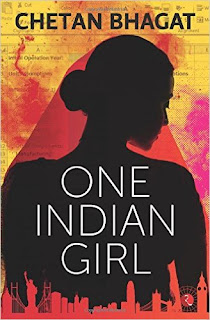 On the other hand, Radhika plunges into depression after having been rejected by Debashish. She takes up the transfer to Hong Kong. There she meets Neel. He is an interesting man to her but he is almost twenty years older to her and has a family which consists of two kids and a wife. As the affair advances, she faces the same rejection that she is too incompetent to start a family and all that stuff. Again depressed enough to move on to some other city. This time she is in London.
Radhika’s mother is consistently after her for marriage as her own reasons are correct. Radhika is in her thirties, looks nerd and simple, not attractive to turn men’s attention, etc.

Finally, she comes on the terms of marriage with Brijesh Gulati, who works with Facebook. The marriage is to take place in Goa; all the arrangements have been made. The bride and groom arrive at the venue. Along with many guests, her two previous lovers also reach at the marriage. Then, one by one both propose her for marriage. She gets so much confused about life partner options that she cancels the wedding.

After some months, Brijesh comes back to propose her and is ready to accept her despite knowing about her past affairs. She too recognizes him as her true love and nods for the marriage.


One Indian Girl by Chetan Bhagat is a modern tale of a girl who has everything available at the touch of button except a loving partner. Her quest is to seek out a loving soul mate, which she finds after routing through a couple of affairs. The narration is done through a female point of view. Though the story sounds predictable and simple, however the implications it reflects can’t be taken seriously in the world of today where hedonism is placed first before love and other virtues.