April 05, 2017
Brida is quite a famous novel by the Brazilian author Paulo Coelho. The book delves into the human existence and poses questions about religion, spirituality, mysticism, and magic and what are the threads that bind a human being from discovering oneself – the true reality of one. 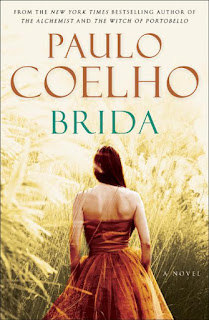 Brida is a 21-year-old fine-looking girl from Ireland. Outwardly, she has everything that otherwise an unhappy girl like her cannot have. Hedonistically she is perfect, but monastically incomplete. She is on the verge of losing herself i.e. she craves to find more about herself because she holds an affinity for the magic world and wants to see herself as one of the successful witchcrafts.

Hence, she sets herself on a journey. The destination is she herself. Brida enters a dark forest with an intention of getting taught by Magus of Folk, a dogmatist of the tradition of the sun. When she confronts him, he asks her a question about love and wisdom, over which she chooses love. Being impressed by her response, he accepts to teach her. From him she learns how to overcome fear and reason with the goodness of the world. Magus thinks that Brida can be his soul mate but soon the differences in the thoughts of schools separate them.

Next, she meets Wicca, who is opposite to Magus. Wicca would like to discover why Magus took interest in Brida as witchcrafts hardly take interests in humans. Brida must be a gifted personality. Wicca follows the tradition of the moon and through her pedagogy she teaches Brida how to pray to moon and how to listen to the hidden music of the world.


After becoming replete with magical skills and abilities, Brida turns to her own world to strike a chord of power, lust and balance in her life and the people associated with her. The novel ends abruptly and was all about fictionalizing a tale of a girl who was out for spirituality and in search of love or soul mate.