July 12, 2016
C.J. Sansom is a writer divided between war fiction and historical mystery. He was born in a Scotland (Edinburgh) in 1952 and went to the University of Birmingham, from where he did BA and also earned PHD in History. Thus, all his work set in the well-settled historical background – be it a war fiction or the England of 16th century.  Despite his Scottish roots he is known as a writer from Britain. 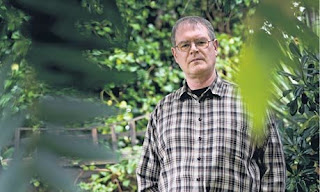 Before plunging into writing, he was a full-time lawyer practicing in Sussex. Academics in history is a major tool for his writing, he came into limelight with Shardlake series, where he developed a historical character Matthew Shardlake who has been featured in books like Dissolution, Dark Fire, Sovereign, Revelation, Heartstone, and Lamentation.

While his war fiction novels include all-time best seller Winter in Madrid, and Dominion, which won him Sidewise Award for Alternate History. In Dominion, he has put that Nazi party has won the WW-II, and in collaboration of SNP is killing the Jews of England. In his opinion about politics, he doesn’t support Scottish independence.

All his books are available worldwide – online and offline. Though critics aren’t so happy with his writing style, but readers always wait for his latest books, since he always offer something new and fresh from the vast chunk of history.