August 12, 2015
Set during the Second World War, the main theme of the book is to bamboozle Hitler for the D-Day invasion plans. Whether the Germans should approach Normandy or Calais for the France invasion? So, basically it is a war-fiction. Peter Jordan, an American engineer, arrives in the wartime Britain for the construction of an artificial harbour and also becomes the important part of the top secrets related to D-Day. 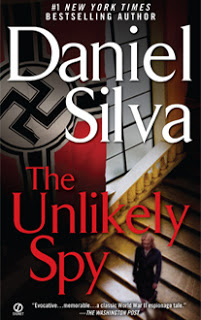 Then there is very intelligent man Alfred Vicary, a British academic, also a good friend of Winston Churchill who introduces him to MI5 (the British Counterintelligence Operations). As the war is on, Abwehr, a spy network of Germans, is very much active in the Britain. Alfred Vicary devises a plan in which Abwehr will keep receiving the information about the Britain’s moves but the information relayed will not be truth. It will be rather fabricated, so as to deceive their spy network. However, the real worry is to dig out the sleeping agents of Germany as they are more detrimental than the normal ones. One such terrific agent is Catherine Blake, a cold-hearted assassin, working under the direct orders of Hitler, whose real name is Anna Stein, she works in a hospital as a volunteer during the air raids.

As per the plan, she romantically encounters Peter Jordan. Next, she ensnares Peter Jordan by masking a melancholy love affair with him. However, her real intention is to get the correct information about the construction of the harbor as that would help the Germans to counterattack the Allies for D-Day. So, she wants to use that American guy. After getting access to top secrets through her lover, she realizes that so far Germans have been deceived by MI5 via Double Cross Operation, headed by Vicary. But before she can leak the truth, she is uncovered by Vicary and in the process of fleeing through the sea route she is killed by the British Martial Ship arranged by Vicary. Peter and Catherine's love affair ends with their deaths in the sea. Catherine dies while eluding but Peter saves a blonde girl's life in a failed effort to save himself.

The novel runs on many characters, each for a different situation. Throughout the story, Daniel has terrifically maintained a sense of tension, though the end is bit predictable. With Winston Churchill influencing the overall plot, The Unlikely Spy by Daniel Silva is a fast page turner.