June 12, 2014
Falling leaves always come up to the roots. It is a story of a growing Chinese girl through much emotional hardship. Adeline Yen Mah is the youngest child in a well off Chinese family. Subsequent to her birth in 1937, her mother passes away. For this reason, she is taken as an object of a little importance and her siblings treat her with a difference. Though she is from a wealthy family, but barely entitled to any of the privileges like other children. 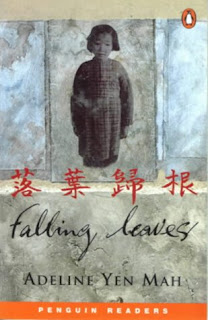 Her real nightmare begins when his father remarries Niang, a woman of half-Chinese and half-French descent. It is truth that she abhors all children from the previous woman but holds an incorrigible grudge against Adeline. Adeline’s only lifeline is her spinster Aunt Baba, who too often tussles between various crises, thus finds it tough to openly express her grievances against Niang because she has already taken the husband under her command. Due to the rise of communism in China, her family is forced to move to Hong Kong, where her father not only saves and resurrects his business but also takes it to new heights.

It is her academic brilliance that keeps her alive and later she gets an opportunity to study medicals in England and thereafter she moves to America with a husband of her choice. Her life, in a basic sense, settles down. But strangely, she has an irrepressible urge to win the faith of her family. So, she keeps coming to her family on various occasions, be it sad or happy. But nothing fruitful comes out for her. After her father’s death, she finds her name on the will and realizes that her father loved and cared for her though he could not show it fairly and openly. All her life, she struggles to get the acceptance and love of her family but finally she finds its reflections in the will.


It is a memoir of an unwanted Chinese daughter who recalls all the bad episodes she went through in her life. The tone of the book is flat as the narrator has disparaged almost all characters except herself.