October 02, 2016
Siddhartha, the chief protagonist of the novel is a seeker after truth of life. He explores it in the Bramanic tradition which he feels lacks systemacy. Then, he moves among the Samanas and finds their system as temporary escape from the torment of life. In the Buddha’s teachings, he finds overall satisfaction except that “it does not contain the secret of what the illustrious one himself experiences.” 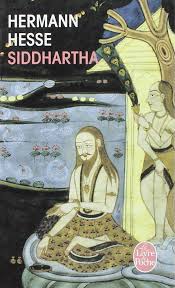 Siddhartha concludes that what he seeks cannot be acquired from teachings or teachers but must be acquired from contact with the world. When he turns to life among the people, he encounters the river and the ferryman, Vasudeva who takes him across. He spends the night with the ferryman and with the river which seems to speak to him. As he proceeds to the city he encounters the beautiful courtesan Kamala, who agrees to teach him the art of love. Kamala also explains to Siddhartha that he must become a wealthy man if he is to court her favour. Siddhartha becomes an assistant to the rich merchant Kamaswami and eventually a partner in his business.

The natural consequence was “the world had caught him…property, possessions and riches had also finally trapped him.” Too much of worldly pleasures caused in him strong aversion towards it so much so that suicidal tendency gripped him. When the holy OM, meaning perfection reached his ears, his slumbering soul suddenly awakened. He understood that his inner voice had been right that no teachers could have brought him salvation.

He returns to the ferryman and the river. From them he learns the Buddhist concept of equanimity; how to listen, to listen with a still heart, with a waiting, open soul, without passion, without desire, without judgment, without opinions. His riddle about himself is solved. He says, I reviewed my life and it was also a river, and Siddhartha the boy, Siddhartha the mature man and Siddhartha the old man were separated by shadows, not through reality. Siddhartha’s previous life was also not in the past, and his death and his return to Brahma are not in the future. Nothing was, nothing will be, everything has reality and presence. When Siddhartha suffered for his runaway son, Vasudeva suggested him to learn from the river the way of the world: Siddhartha looked into the river and saw his father lonely, mourning for his son; he saw himself lonely, also with the bonds of longing for his runaway son. He saw his son, also lonely, the boy eagerly advancing along the burning path of life’s desires, each one concentrating on his goal, each one obsessed by his goal, each one suffering.

A very important philosophy of the Buddha illustrates the way of the world when Siddhartha says to Govinda that never is a man or a dead wholly Sansara or Nirvana. Never is a man wholly a saint or a sinner. This only seems so because we suffer the illusion that time is something real. He further adds, during deep meditation it is possible to dispel time, to see simultaneously all the past, present and future. And then everything is good, everything is perfect, everything is Brahman.

These experiences of life that he derives from the river help him find his own identity and bring him to his goal of communion with the world. His final piece of mind comes through finding his place in the world as a ferryman as one who serves others by carrying them over the river of life and finds solace in this task.