July 29, 2016
Miranda Jones is a ravishing young lady with an attractive personality. Her family business is all about art and history gallery. So, she is an archeometrist. She lives in Maine with her lonely, alcoholic brother Andrew, and they both crave for parental love as their mother’s paramount priority is family’s business and reputation and apparently love has no place in life. 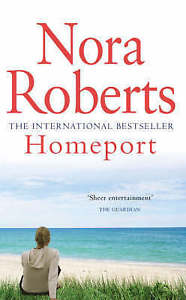 Miranda is called to Italy by her mother to test the legacy of the Dark Lady – a prized Renaissance bronze sculpture of a Medici courtesan. However, her tests are questioned because someone else has already stolen the Dark Lady. This thievery puts her career at stake. Miranda sets to hunt the thief alone, however, on way she meets an art thief Ryan Boldari from Italy.

The story flounders between art thievery and family drama, with romance, betrayal, and old sins at the side. The murderer who stole the sculpture and was after her life is none other than one of her aunties, this aunt had an affair with Miranda’s grandfather. She is jealous of Jones family’s heritage, wealth and success. Ryan not only saves her life during a fight with that aunt but also brings back that stolen entity – the Dark Lady – so as to propose her.