Ghost of Honour by A.R. Felcita is a crime thriller with a good dose of horror and supernatural elements. The novel is staged against the Western Ghats in South India. As the story commences, we see that a talented police officer named Stanson Bastine is posted at a small village ‘Malaiyoor’. 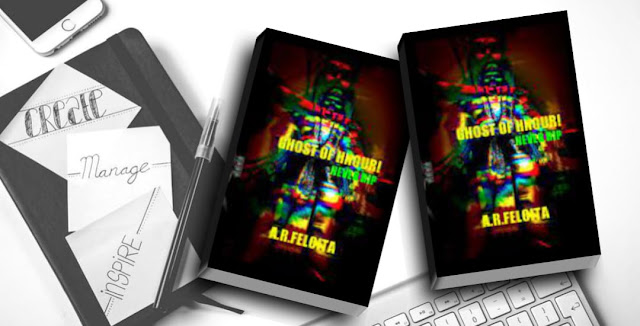 However, the village is not a crime hub, rather he has to investigate some century old murder mysteries. Soon a bunch of students arrive at the village to do survey on some medicinal herbs and the drama begins. A student named Pricilla is disappeared in the air. Following the event, there is commotion in the village and it’s believed that the curse from the mountains is back and it’s going to make villagers life hell. Things are not the way it looks. Little did they know that something sinister and hidden is lurking at them?

‘Ghost of Honour’ is a multi-layered thriller with many subplots. As the novel chugs ahead, it comes out that the village is being guarded by ‘The Guardian Deity’. Nobody is allowed to go beyond its temple, to the mountain side. The Guardian Deity is protecting the people of village since 18th century. Some Major from the British army becomes the Guardian Deity of the villagers…but how? That you will get to know once you delve deeper in the novel.

The more you get inside the story, the more it’s going to confound you, grab your attention. The police officer Stanson has to find that missing girl Pricilla but that takes him into the black history of Podhigai hills. Some devil lives there, he sacrifices girls after every fifty years. But why and how other characters like DGP, Jerold, and Royappan are connected. When a layer of mystery is unveiled, there comes another. After Major, Mayyapan, and then Siddhars (sage in Tamils)…it becomes a fierce battle to know who the real protector is and who the villain?

From main to auxiliary, all characters looked important and did their part in nudging the novel ahead. Superb and simple narration makes this novel highly readable. Highly recommended!