Book Review: The Concept of God by Vinoth

The Concept of God by Vinoth is a slightly heavy philosophical book that stretches its scope to understand the true nature of God by including science and spirituality. We humans lay so much focus on reality that in a sense we are going away from god and its allied spirituality. Divided into seven chapters, covering topics from science to reality to time and God – this book by Vinoth presents the inner inquisitive of millions of humans across the world. 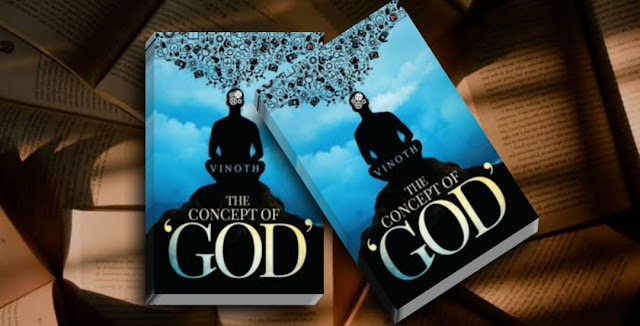 The book is built around the concept of reality, entity, soul, energy, and of course puts a subtle yet impressive debate between Science vs. God. The author tried to make us understand the meaning of our creator: God, irrespective of our religions and faith. He insists that for us reality matters over anything. If we see, we believe, and we find logic to rational with it. However, this is more of comes from science. It is science that makes us believe in reality all the more. What about faith, God, and spirituality?

As the book chugs ahead, readers identify the basic to hidden concepts of human life and science gets unfolded with superb narration and explanation of things. The book at times sounds like a mixture of science and theology books referred in school or college. Despite its heaviness, this work of non-fiction is quite interested to those who really want to dig deeper about reality and spirituality. The book is short but its expanse and relevance sweeps from one field to many. Vinoth has used particularly simple and lucid language so that it does not bore readers. The book’s core theme deals with the true search of God from within and outside. In the chapter Chaos and Order, the author wonderfully explained the shuttling concept of matter and energy with respect to reality.

“Observation and analysis of physical entities are done in the physical realm of reality, which is just matter. But we know that reality is not just filled with matter, but energy too. ”

Overall the book is worth time and money. Highly recommended to the true seeker of God!