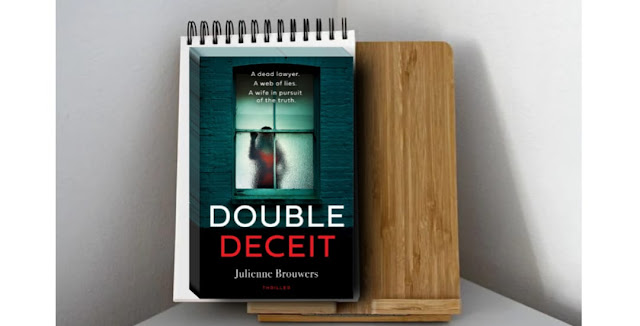 The story starts as a simple story, with no terrific crime scene. But with time, Jennifer’s restlessness and urge to find out truth drives the plot to a level of unputdownable. The novel is classic with its storytelling and narration, and it urges readers to guess what lies next, but in its pure essence it’s highly an unpredictable thriller.

As the story chugs ahead, Jennifer comes to know about Oliver’s extra marital affair with a lady named Sandra. It is another blow to Jennifer. She collaborates with Sandra to investigate the murder of Oliver. She is able to grasp smaller clues until she is confronted by the chequered reality of a law firm Mason & McGant, where Oliver worked.

Oliver was a lawyer with a reputed legal firm. He was handling a troubled client. His death could have been linked to them, but who will unveil that or how.

Clearly, it is a multi-layered thriller with a cast of characters. The author didn’t sketch all characters with their peculiar idiosyncrasies but she kept them connected and relevant. It is a terrific thriller that can remind one of John Grisham’s novels. However, at times a few things have been stretched unnecessary, the novel could have been wrapped in around 250 pages. Narration is smooth, with occasional tension building up and down.

Naïve readers of crime and thriller genre can pick up this novel to start with, and for regular readers it is a more than a treat. The novel moves at a measured pace. Grab your copy to know the fate of Jennifer. Will she uncover all? Or she will land up in prison?