Book Review: And Then There Were None by Agatha Christie

October 23, 2019
Agatha Christie is undoubtedly the queen of suspense. And her novel ‘And Then There Were None’ is the world's best-selling mystery novel even today, which came out in 1939, with millions of copies sold. 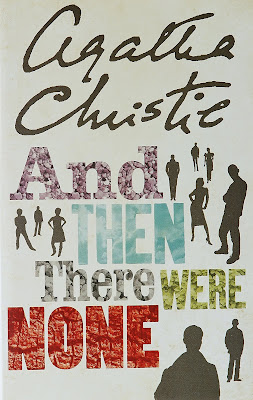 This book is a story of ten complete strangers accepting invitations for a stay on Soldier Island, off the coasts of England and cut off from the main world, by someone named U. N. Owen. Upon arrival they are not received by the host, instead by a butler and his wife. None of the characters know each other. All the guests notice that there is a framed copy of a nursery rhyme called, ‘Ten Little Soldiers’ in all of their rooms and also the centerpiece of ten Indian figurines mimicking from the poem.

On their first dinner together a recorded voice accuses all of them of terrible crimes. The accusations are equally surprising as the guests include highly respected people, such as a judge, a doctor, and a former general. The story picks up from here, as immediately after some time, they find Anthony Marston dead with poison.

The complete fear and terror finally crept in with the third murder which occurred as a result of a violent jolt to the head. This is where it soon becomes clear to them there is no U.N. Owen, but there is a person who has lured them into a carefully arranged murderous agenda, committed in the same way and order of the rhyme. As the book progresses, and the mayhem of the murders side by side, Agatha Christie lets us dive deeper into the mind of the characters, their dreadful secrets unravel.

As it seems all these people, at some point in their life, took some actions, or no actions willingly which resulted in death of a person yet they managed to escape the clutches of law. But what they couldn't escape is the torment of their conscience and guilt.

One of them is the murderer, the suspect is moving from one to another, all of them have equal chances and here the questions arrive, who is this person? What's the motive? And above all, how does he or she know all their secrets?

This novella is nothing but Agatha Christie at her best with her riveting mysteries, the creepy and spooky atmosphere of the island and with all the harrowing death events going on this book is an enthralling experience indeed. The fascinating background of all ten characters is equally well managed and does not get confusing or exhausting in any way for the readers, the pace of the story is neither fast nor slow, each detail is important and relevant, nothing unnecessary, just the right amount to keep you sit up and gasp.

The excitement level rises with turning off each page as the author keeps giving us spotlight to each character, their intuitions, making us selecting him/her to fit excellently to the profile of the murderer, only to end up backing up the wrong horse, Christie will make you believe you are ahead of this story, until your mind is blown out of nowhere with surprises and chills.

There are multiple dark aspects to this plot which makes the reader think that is justice ever really sought anyway and then there is the chilling revelation of the killer's identity. Overall, ‘And then there were none’ is a masterful construction around a clever, gripping eerie plot which is capable of keeping a mystery lover on the edge till the very end of the story.