May 12, 2017
Gertrude Coppard hails from a better off family. An evening when Christmas dance event has been going on she chances upon a handsome, but unsophisticated, young man. He is Walter Morel – an insignificant coal miner. They fall in love at first sight; rather it is an infatuation which is sweeping their hearts. Despite huge social differences, the couple marries. 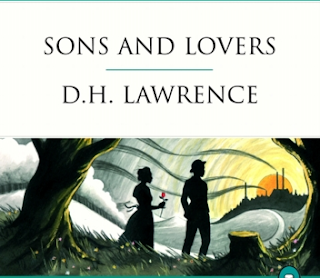 They have four children, out of which three are sons. Walter Morel proves to be a failed husband, he often spends his time at the pub after working hours and the family suffers in poverty. Household agitation and tension begin gnawing the well being ambience of the house. The couple often quarrels on slightest pretexts, and the drunkard Morel feels no shame in thrashing her to vent his pent-up frustration of being socially failed.

To escape his rage, she turns her attention to children. She is overly focused on William, the eldest one. He is successful at his work so he moves to London to raise his standard of life. One day he returns home with his girlfriend, Lilly. Gertrude disapproves her by labelling her shallow and self-centered. William plunges into tension and soon as a result dies of fever in London.

Gertrude finds herself unable to come out of the shock until she realizes that her second son Paul is on the brink of death due to pneumonia. She nurses him and they both develop a deep bond of love and comfort for each other. Next, Paul meets Miriam, a poor girl from a farm who attends the same church as Paul.

Their acquaintanceship stretches over four years. They are in love. However, Paul discovers that his mother dislikes Miriam for more than one reason. She isn’t as beautiful and capable as Gertrude, and she isn’t rich. Above all excuses Gertrude longs to see her son successful and rich rather than haggling with poor souls like Miriam. Due to his mother’s reactions toward Miriam, Paul begins to leave her. Miriam is somewhat spiritually elevated figure – lacking punch of sexual appeal frustrates Paul. Thus to get him that, she introduces Clara Dawes to him on her farm. Infatuation bonds them. Paul and Clara seem to be good match and hold a healthy intimacy. Gertrude has vapid feelings for Clara but still she doesn’t approve her for a marriage match. On the other hand, Clara refuses to divorce her husband Baxter, whom Paul loathes.

Paul gets entwined among the female forces and gradually he realizes that his closeness and inspiration drawn off his mother is debilitating him in creating relationships with other women in his life. He fails with all and when his mother dies of cancer he finds himself in a void of emptiness.

Sons and Lovers by D. H. Lawrence is a lovely novel that seeks to explore the forces existing in relationships. Paul, one of the main characters, feels the heat of this force and in the end when his mother passes away he feels empty from within.

He was so much attached to his mother that he was blinded to find other women worth of anything. In a sense Paul’s mother was suffering from streaks of solipsism – and her quest to find things perfect in other women causes Paul a great discomfort.


However the way Lawrence presented his characters and their circumstances in which they undergo change is praiseworthy.