April 20, 2017
Edward and his elder brother Matt return Uffenham after a year to spend summer vacation with their uncle, Hodder. Uffenham is a coastal area, a year ago their father went for sailing on a stormy day, he didn’t return but his boat was found. For the world he is dead but not for Edward. He believes his father is alive and alone on some remote island. So he wishes to find him, others scrape his idea. 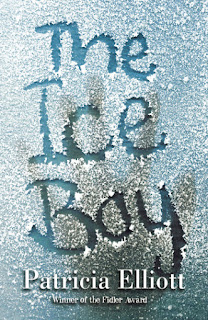 One evening Edward meets a mysterious old man who scribbles a message on a piece of paper for his son. The old man wants Edward to relay the message to his son. However, Edward doesn’t know who his son is and where to find him. That same evening Edward also finds Mistletoe stone - sparklingly green pointed from front.

After some days he finds a man being washed ashore. Edward takes him to a nearby hut and offers him his father’s canvas shoes and clothes and then takes him to Newnes sisters up the alley. Since Newnes sisters have magical powers, he gets to know about that the man’s name is Burr. And around the same time Edward begins to have hallucination about a snow island and sees a human shadow there, which he assumes of his father’s and plans to go there to rescue him.

Newnes sisters confirm that Bur is the son of that old man and a villain called Locke is after him. Now Edward lives in two worlds and it becomes quite obvious to him that Burr has come from a different world and he needs to go back. Locke hides and damages Burr’s magical boat, Ringhorn, and without it Burr can’t go back to his world – which is an island.

When Edward finds Ringhorn, it is not in sailable state, its tiller needs repairing and it can be done only by the Ash Tree’s branches. As further advised by Newnes Sisters, Edward goes into the sea tower and manages to get a branch of Ash tree; it is also a sort of magical tree.

As per the bargain, Burr has to take Edward with him so that he can look out for his father on the island. Burr refuses but Edward is stubborn. So instead of Ringhorn, they start their journey on a different boat. Upon reaching the island, Burr cautions him no to go out of the boat but he does just opposite. Next in a very cold hall Edward is confronted by Locke, who also belongs to the same world as Burr. Locke asks Edward not to help Burr with his magical boat but when he denies Locke begins turning Edward into an icy statue. Here Edward is saved by Matt, who is doing this entire heroic act in his dream but he was sent by Burr as he himself wasn’t able to come.


Edward struggles hard to save Burr from the hands of Locke and his three children but he couldn’t. Just as Burr was dying he let the message of the paper to be read by a Norwegian girl, but it comes a bit late, Burr is already dead. The message on the paper was: Rebirth. For every ending there is a new beginning. Burr died in his world but take new birth in some other world.