July 14, 2016
Nora Roberts is quite an influential American novelist, whose books rarely go down from the New York Times best-selling list. She began her writing career in 1979 when she was confined in home with her two kids for a week because of a blizzard. Since then, in a stretch of a 36-year long career, she has more than 200 titles published under her name. Evidently, she is an amazingly inexhaustible author. And in 1998, eleven of her novels were in the New York Times best-seller list, with four of them achieving the number one position. She believes that writing career is more about self-discipline than facing rejections and mental hardships. 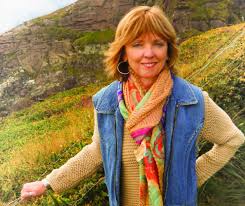 Her secret is very simple and open, as she is in love with writing and never feels short of ideas. Being an avid fan of internet, she is thankful to the power of internet and the wealth of knowledge available as she gets all the research material without leaving her home.

Nora Roberts has absolutely no plans to slow down or retire from her writing career. “Why would I retire?” she says. ‘So many people say, “When I retire I am going to write a book.” “Well, I am living my dream now my goal is to die to at my keyboard when I am a hundred and twenty, having just finished a book!”