Shobha De shot into literary limelight by writing her first novel, ‘Socialite Evening’ which is Lawrencium in expression. Her other works which generally start with the letter ‘S’ are, Starry Nights, Sisters, Sultry Days, Strange Obsession, Snapshots,  Second Thoughts, Shooting from the Hips, Small Betrayals, Surviving Men and Speed Post. She founded and edited three popular magazines – Stardust, Society, and Celebrity.  She was a consulting editor to ‘Sunday’ and ‘Megacity’. At present, she is a freelance writer and columnist for several newspapers and magazines. 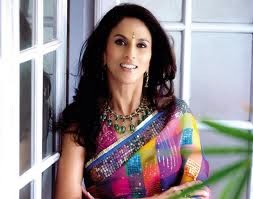 Shobha De is a celebrity novelist, writer, and columnist of India, mainly known for casting female characters and interesting feminism in her books.